Steve joins Schwazze from Vancouver-based Happy Gut Brands, Inc, where he recently served as CEO. Pear is a graduate of the University of Georgia, spending a significant portion of his career in the Southeast and Midwest working for Coca-Cola Enterprises before moving into national sales roles working for formidable beverage companies. At Coors and Miller-Coors, he served as Vice President, National Sales and later, moved onto Odwalla where he eventually became President, General Manager after working in both sales and operations. Following his time at Odwalla, Pear served as CEO for Cheribundi for over five years building a high-performance culture overseeing: sales, operations, marketing, supply chain, manufacturing, finance and human resources.

No comments to show.

No archives to show.

This website uses cookies to improve your experience while you navigate through the website. Out of these, the cookies that are categorized as necessary are stored on your browser as they are essential for the working of basic functionalities of the website. We also use third-party cookies that help us analyze and understand how you use this website. These cookies will be stored in your browser only with your consent. You also have the option to opt-out of these cookies. But opting out of some of these cookies may affect your browsing experience.
Necessary Always Enabled
Necessary cookies are absolutely essential for the website to function properly. These cookies ensure basic functionalities and security features of the website, anonymously.
Functional
Functional cookies help to perform certain functionalities like sharing the content of the website on social media platforms, collect feedbacks, and other third-party features.
Performance
Performance cookies are used to understand and analyze the key performance indexes of the website which helps in delivering a better user experience for the visitors.
Analytics
Analytical cookies are used to understand how visitors interact with the website. These cookies help provide information on metrics the number of visitors, bounce rate, traffic source, etc.
Advertisement
Advertisement cookies are used to provide visitors with relevant ads and marketing campaigns. These cookies track visitors across websites and collect information to provide customized ads.
Others
Other uncategorized cookies are those that are being analyzed and have not been classified into a category as yet.
SAVE & ACCEPT
Menu
Corporate Site
Menu
INVESTORS 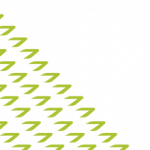 Sorry, you must be 21 or older to enter the site.